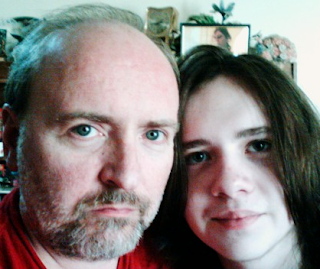 Another month is over now. I mailed off for my book today.

It rained nice and hard all day but the temperatures were still way too high.

I only know of one movie I'd like to see next weekend...if Dad will go with me.

I got a big box to put some books in. May not use it, though.

I found out that I've lost my last year's Top Ten list. I might still be able to remember it, though.

NOTES: So weird. Here I was writing about high temperatures yesterday and again today and in 2012 I spent Sunday evening at the ER with my sone for what appeared to be a febrile seizure--his temp spiking way too quickly! The paramedics and the doctors all said it was extremely rare at his age (15) but it was very much like the one he had when he was two. He's okay now but it scared us half to death and not knowing what caused it we'll still be worried for some time to come! Sigh...

All my best to your son, you and your wife