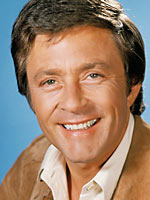 We got our second paycheck today. Less than two weeks after the first.

In Health soon we'll be starting a chapter about sex. I can't imagine myself reading that chapter but I know I'll have to. He always picks me to read. Another worry More grey hair.

I saw two programs about love on TV tonight that had a big effect on me. One starred Bill Bixby and the other starred Leonard Nimoy.

NOTES: The year before I had been called on in English class to read a story aloud that contained the word "Hell." I dreaded it for days after I saw it in the book when I read ahead. I was so nervous and sure enough, it was me she called on to read. I knew what was coming but the other students did not. When I got to the phrase--"Run like Hell!" They laughed for several minutes!


The thought of reading aloud about sex hit me about the same.
Posted by Booksteve at 12:30 AM

I had to read the word "damnéd" aloud in class. Of course, seeing the acute mark, I pronounced it as one might pronounce "bless-ED" and pronounced it "damn-ED" instead of just straight "damned". I was spared snickering, but I've always wondered if I chose the correct pronunciation in that case. Just didn't sound right.

The "two programs about love" were actually 2 of 3 different segments part of an anthology, "Rex Harrison Presents Stories of Love".