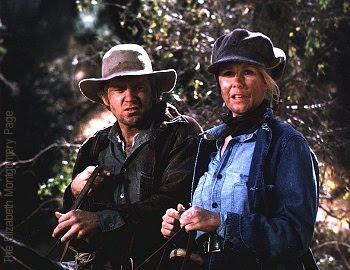 I had a bad dream last night. Or at least it seemed bad at the time. Thinking about it now that I'm awake it just seems silly.

Spanish was better today. Gym wasn't TOO bad. I just missed getting my books! I was next in line when they closed! Tomorrow I'm going to be first in line! I managed to get through without them today. Had to wait a long tome on the bus home. The first one was so full it literally just passed me by!

Stopped at Woolworth's on the way home for a TV GUIDE but they weren't in yet. I did pick up a RONA with coverage of AIRPORT 1975 that had several black and white and color pix of Linda! Ought to be a great movie!

Walking home I found myself really missing all the old places and it hasn't even been that long. The temps were very cool today.

Work was so terrible tonight I'd rather not say anything other than that. I broke my glasses. Guess tomorrow I'll stop at Doctor Flaig's and have him do that new test. I should probably have him fix these up at least for a few days, too.

I watched Liz Montgomery on a BEWITCHED rerun and on MRS. SUNDANCE.

What a day--great and terrible.

NOTES: I didn't like my first eye doctor even though he was wildly famous in this area. Long dead in 2012, he still has buildings, roads and practices named after him! I didn't like him because I went for new glasses once and he told me I didn't need them. I told him I sure couldn't see anything without glasses! A friend from school recommended Dr. Flaig--also very well-known and long deceased. He has  a plaque still on a downtown building!

I was really setting myself up for disappointment with this AIRPORT movie. I had loved the spectacle of the first one in 1970 and this one had to be bigger and better since it had Linda! Little did I know.

MRS. SUNDANCE was, I believe, Liz's first post-BEWITCHED project in an effort to be taken seriously and break any possibilities of typecasting. Her co-star here was actor Robert Foxworth who became her real-life co-star until her untimely death, also.