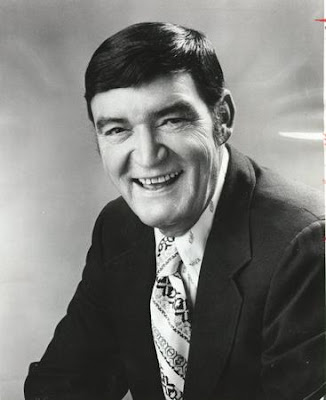 Things almost didn't work out but they finally did. Terry's Mom took us out to Comic Corner where I got $4.75 for the comics I sold him. I turned right around and bought 5 good mid-sixties books. Steve says the Hilton downtown doesn't have any info about a comic convention next month even though there was another mention of it in today's paper.

LAND OF THE LOST actually had an ending today!

Mom, Terry and I went to see the third showing of FREEBIE & THE BEAN. We missed about a half hour and had to sit through it again. It was real good! Very funny. Afterwards, Mom went on home and Terry and I stopped at McDonalds. When I got home, Aunt Rosie had been there to deliver our presents--another sweater and two pairs of socks.

Mom got me ALICE IN WONDERLAND. Not the version I had been wanting but still should be good.

Paul Dixon died tonight. Too bad. I've known who he was all my life but had really just begun watching his show regularly this past summer.

NOTES: I had never read ALICE but had long enjoyed the Disney version and had expressed an interest in reading it, The version she got me was an edited, illustrated children's version. In an odd twist, she bought it at the Waldenbooks location where I would be working eight years later.

If you aren't from this area, the name Paul Dixon will mean nothing to you. Beginning as a reporter, he ended up with a slightly naughty free-form, ad-libbed talk variety show that ran live 5 mornings a week and was syndicated throughout the Midwest at its peak. It was there where a young and impressionable David Letterman saw Paul. Nuff said. And yes, that's a bad wig. Paul Baby (as he was called by everyone) milked it for a million gags, too.
Posted by Booksteve at 12:25 AM

The episode of Land of the Lost broadcast on this date was "Circle". Another great from the first season. The Marshall's finally get to return home, but the rub is another family of Marshall's must enter The Land of the Lost. If I recall correctly, it was the writers' way of leading into repeats since this was the season finale and also a way of closing the series in case they weren't renewed for the next season.