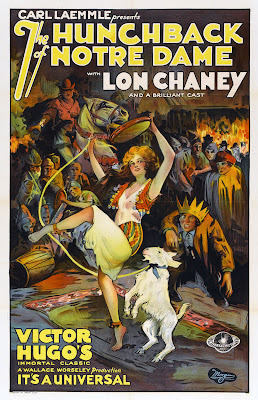 Dad got the new gas radiator cap for his car and we put it on. Later I had to help move the seats up. I remembered how I accidentally did it yesterday and I discovered how to do it again. Dad's gonna leave it out over Christmas and never put it back unless they can secure that garage better.

After all that, they finally got to go to the store today.

Had to fix a light at work along with taking out the trash.

I began decorating the tree this afternoon while I caught a small part of a movie with Bogart, Edward G and Bette Davis.

I re-re-reread the first books of Kirby's Fourth World series.

My ear remained stopped up and hurting until late in the day. Has to be a minor ear infection.

Watched several more holiday shows and then finished the evening with Lon Chaney's HUNCHBACK OF NOTRE DAME on Ch. 48.

NOTES: Jack Kirby's first DC books on his return to that company were collectively referred to--for reasons no one seems to know--as the "Fourth World Trilogy," even though there were four of them. They were my favorite comics of the period and the ones that made me stick with reading comic books when I was contemplating dropping them.

At the time, the only one singing the praises of silent film star Lon Chaney was Forrest J. Ackerman, editor of FAMOUS MONSTERS magazine. So I thought of him as a horror star which he really wasn't. Still, it drew me to watch his films whenever--and it was rare--I could find them.
Posted by Booksteve at 12:30 AM