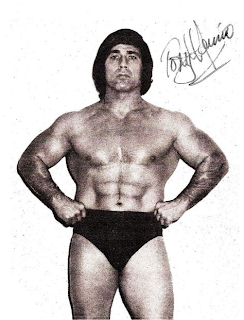 A general day at school. Some good and some bad. I stopped downtown with Doug and ended up getting some coneys for me and chili for Dad. It was raining. Also got the STAR TREK adaptations # 10.

Was going to stop at the doctor's for my eye test but was running very late since I had stopped at Doug's.

Terry says all the new books are out. I'll get them after school tomorrow.

Doug telles me that Tony Marino is dead. One of my favorite wrestlers, killed in a car accident.

There's a Klingon model in Science class at school!

All day long I've been daydreaming about what it would be like married to Marie Osmond. I can just imagine the wedding. Of course, I'd have to become a Mormon. It's possible. I haven't broken any moral codes. I can imagine our honeymoon with both of us natural virgins.  And babies! there would have to be lots of babies. Mormons love babies! A large house in a beautiful, quiet place in Utah. If only I could believe in the Mormon God. But no, I'm cursed to be a free spirit. But it's a nice dream, though. But I guess at the end of this year, I'll be a bit older, a bit wiser, but my quest for a normal life will still be nothing. Sigh...I guess I can live with that. I'll have to.

NOTES: I remember that Klingon ship model hanging from the ceiling in Science but I don't remember a wrestler named Tony Marino. I looked him up. Apparently he had a feud with my favorite that I DO remember, The Stomper. Marino later teamed with Bobo Brazil as a tag team. These were the guys who were at the top of the game during my seventies wrestling infatuation but I'm blanking on Marino. I guess I could ask him for more details, tough, because apparently Doug was full of it. Looks like Marino is still alive even today!  http://en.wikipedia.org/wiki/Tony_Marino

Yeah, Marie briefly challenged my Linda Blair obsession. Couldn't have become a Mormon, though. A free spirit. Yup. That's me. I gotta blow with the wind, baby.