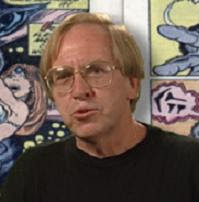 A fair schoolday. My back's been hurting a lot lately. I caught the early bus home.

I may go to the Princeton this weekend to see LIVE AND LET DIE  and WESTWORLD again.

IT almost happened. Even if IT does happen a time or two more I'm convinced I've got it under control finally.

I got TBG and found out that Ron Ely has quit Doc Savage films and Roy Thomas has quit Marvel!

I saw THE DAY THE EARTH MOVED with Cleavon Little, directed by Bobby Sherman.

NOTES: Had forgotten that my back problems had started so early. Poor me. Bad posture early in life is how one doctor described it.

IT is under control. Finally. Seriously. Stop laughing.

Roy Thomas was arguably my favorite overall comics writer of the seventies and certainly one of my favorite comics writers of all time. In 2012, I have a bit of an email relationship with him and have contributed to his ALTER EGO magazine. Since there WERE no more Doc Savage movies, Ely's leaving them turned out to be moot.

The TV movie was a last ditch effort by 1970's flavor of the month, Bobby Sherman, to remain relevant by becoming a director. It didn't work and he soon became an EMT and later a police officer before finally coming back as an oldies act.