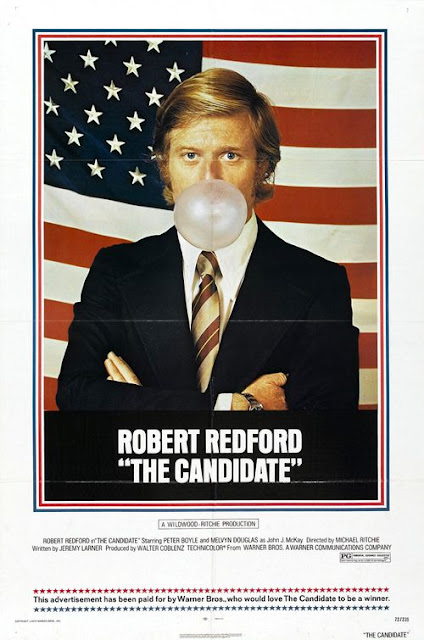 IT. I'd been leading up to it I guess.

I'm off school this Friday.

I forgot my Spanish homework and it's too late to take it tomorrow. I didn't need the new lock after all but I left it there. I wore my neat new shirt today, too!

Terry told the STAR TREK people he'd pass on their message so they wouldn't need to call me and now he's forgotten more than half of their message. I'll probably never hear from them again now!

I watched half of THE CANDIDATE.

NOTES: THE CANDIDATE is a Robert Redford film from a year or so before this that would most likely still resonate today. I should probably try watching it again.