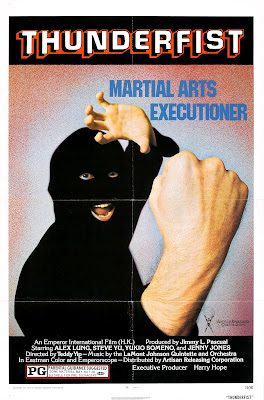 Today was  a very confusing day. I went over to Cincinnati to see the PG-rated THUNDERFIST only to be sent away from the theater! We straightened it out but by that point I didn't want to see the picture...at least not today.

Tonight I watched an absolutely fascinating documentary called IN SEARCH OF ANCIENT MYSTERIES.

NOTES: The latter film was a follow-up to Erich Von Daniken's IN SEARCH OF ANCIENT ASTRONAUTS, an exploitative pseudo-documetary based on his surprise bestselling book.  When that book and film proved popular, there were suddenly a dozen more in both genres, all pretty cheesy although some were narrated by Rod Serling. Eventually, a popular TV series narrated by Leonard Nimoy, IN SEARCH OF, assumed the same format. Today there are whole cable networks made up of that kind of thing!


I think this was comics went from 20 cents to a quarter. They had stayed 10 cents for most of three decades but only by gradually lessening the page count and adding more ads. By the early sixties, there was no more cutting to be done if any story was to be left. So twelve cents for about 8 years, then fifteen, then twenty-five, then back to twenty (long story) and from there up and up and up!


I don't know what the deal was with THUNDERFIST. The lady at the box office at Cincinnati's Grand Theatre refused to let me in without an accompanying adult. I attempted to explain to her (endlessly and loudly) that it wasn't rated R, only PG! She didn't care. Eventually a manager or somebody in charge showed up and said I could go in but by that point I really didn't think I could possibly enjoy it and didn't want them to have my dollar! I never have seen it.
Posted by Booksteve at 12:35 AM