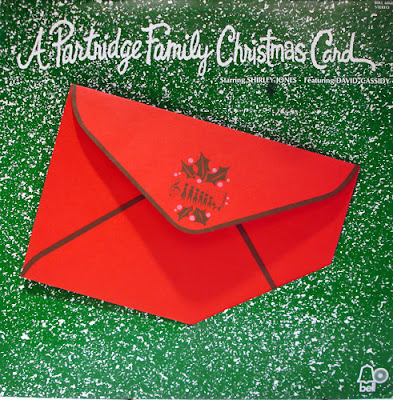 Well, I mailed the letter. I hope she gets it. I also wrote and mailed my penpal letter.

There aren't any films that I'll see this week although there are a few I'd like to. But not in Louisville. We got the COURIER-JOURNAL from down there and there wasn't even anything worth clipping out.

I played my Marlo album and The Partridge Family's Christmas record this afternoon. Unorthodox, yes, but it made me feel good. Later  on I saw Marlo on MERV.

Late tonight we got our own new telephone books delivered. We gave the man all 27 old ones they threw out at the Social Security office!

NOTES: I really used to enjoy playing Christmas music in the summer. Always made me feel good...and cool on a hot day! I find in recent years I don't tend to listen to it even in the Winter. A PARTRIDGE FAMILY CHRISTMAS CARD was a pretty good album as pop Christmas records went. The highlights were a couple of songs where Shirley Jones soloed, something that just didn't happen on other Partridge albums. In fact, she was rarely on the other albums at all!