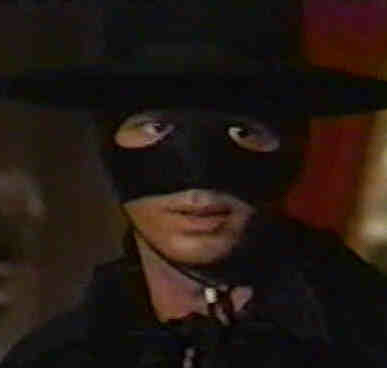 A fast day at school but a bad one in Gym. The end of the school day brought both good and bad news. I realized that if I hadn't failed the Spanish test I no doubt came close. After school, though, I spotted a color pic of Linda on a French magazine cover! Mr. K promised to give it to me! I'm sure glad! I haven't yet seen the inside but above the picture on the cover were the words, "La Exorciste." I think the meaning of those words is obvious.

Mike told me that Arthur, now at Boone County, didn't make the band. Too bad. He was good.

This weekend, I hope to see SIX movies! CHARIOTS OF THE GODS? and all 5 APES movies over at the International '70. That should be fun!

This Thursday at 10:30, WKRQ presents Orson Welles' WAR OF THE WORLDS. I'd sure like to hear that.

I saw THE MARK OF ZORRO and a really good POLICE STORY. I also finished reading THE LIVING SHADOW. It was great!

NOTES: The mag was PARIS MATCH and it really wasn't a good pic of Linda so much as simply one I hadn't seen before. Eventually I did get it.

Arthur was my friend who had moved away after the previous school year. A shame he didn't make Band. Oddly enough he later became a professional musician I believe.

At this point I knew very little of Orson Welles or WAR OF THE WORLDS. By now in 2012 I've seen 2 movies about it, heard it a zillion times, seen and heard multiple documentaries  on it and read both a behind the scenes book and a murder mystery with the broadcast as a backdrop.


This version of MARK OF ZORRO was the TV movie starring Frank Langella who would seem to have been perfect casting but was undercut by a badly designed mask and a really stupid looking TV GUIDE ad. Compared to Guy Williams' grinning cavalier (as Disney's Zorro), he looked like a nervous cosplayer.

Watching this ep of Police Story right now, "Glamour Boy"... I do enjoy the Lo Bianco/Meredith ones....