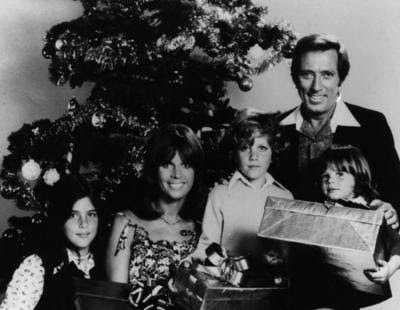 Back to school. Readjusting was easier than I expected. Was like I had never even been off yesterday. Gym again tomorrow. Too bad.

I drew caricatures of all my teachers. Four out of the seven were surprisingly really very good! Wouldn't show them to the teachers, though.

Today for the first time in ages, I missed a window seat on the bus home. I did get to sit by a cute girl, though!

ENTER THE DRAGON has returned again. In fact, it's the only good thing currently on except for a few other re-releases I've already seen, too.

I ran out of tape on Monday! My work is beginning to pile up!

NOTES: Growing up, Andy Williams' Christmas specials were as much a tradition as Bing Crosby's. I believe by this point though that Andy had already split with his wife, the soon to be infamous Claudine Longet, and that they only got to back together on these specials "for the children." Andy died in 2012.