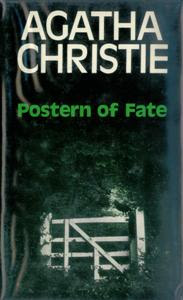 Doug was finally back in school today.

I felt much worse with my cold but went anyway. May not be able to make it tomorrow, though. Too sick to feel like writing much here, either.

NOTES: Nothing really to comment on here so lets take a look at the NEW YORK TIMES BESTSELLERS in Fiction for this week in 1974, just for a little perspective. Even though I was a big book reader by this point, I stuck mainly to classics, science fiction or mysteries. I never read any of these Bestsellers. In fact, in spite of two and a half decades selling books, I've only ever heard of seven of them and only two of those continued to sell for any length of time after I entered the field.


1-BURR- by Gore Vidal--One of a number of historical epics penned by the controversial author of MYRA BRECKINRIDGE (a book I HAD read by that point!), this tells the fictionalized story of the much maligned Aaron Burr, former Vice President and alleged traitor to the US.


2-THE HONORARY CONSUL- by Graham Greene--Graham Greene published many novels of spies, political intrigue and espionage but this one about kidnapping in South America wasn't one of the most memorable. It was made into a big budget but equally unmemorable film a decade later with Michael Caine.


3-COME NINEVAH, COME TYRE- by Allen Drury According to Wikipedia, this political novel by Pulitzer-winning right wing author Drury is a sequel to an unpublished alternative outcome of an earlier novel. Alrighty, then.


4-THEOPHILUS NORTH- by Thornton Wilder--This was the last published work by Thornton Wilder, whose plays OUR TOWN and THE SKIN OF OUR TEETH we would read in English class in a year or so. Again made into a later film, MR. NORTH, of which I haven't the slightest memory.


5-POSTERN OF FATE- by Agatha Christie--This is the final novel written by the great mystery writer, although not the last to be published. It features her detective characters Tommy and Tupppence, now aged an retired but still solving mysteries. Among Christie fans, it is rarely a favorite.


6-THE HOLLOW HILLS-by Mary Stewart--Actually written in 1970 but unpublished until '73, this is one of a series of books by the author giving depth to a fictional history of King Arthur. It was later to be taught in schools  (at least around here) and remained in demand as a fantasy genre title up through the 1990's.


7-BEAULAH LAND-by Lonnie Coleman--This was the first of a Civil War-related trilogy and was done up as a mini-series at the end of the decade but left the shelves after the author's death in 1982.


8-THE SALAMANDER-by Morris West--Even the Internet seems a little vague but this one is something about violent Italian political struggles by the author of SHOES OF THE FISHERMAN.


9-THE FIRST DEADLY SIN- by Lawrence Sanders Sanders books remain popular even today, continued by other hands after the author's passing. This one is a serious police drama that would later provide Frank Sinatra with his final starring film role.


10-NICKEL MOUNTAIN- by John Gardner--The author's GRENDEL was perennially stocked in my stores but this one was forgotten. It's a slice-of-life about a middle-aged man marrying his pregnant teenage employee. Once again, there was a movie version but no one seems to have seen it.
Posted by Booksteve at 12:48 AM