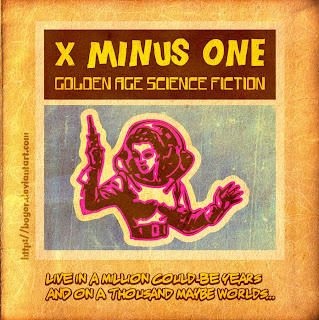 I watched the Democratic National Telethon most of the day.

Tonight, for the first time in a long time, I had  areal MEAL! Corn, beans and hamburger, too!

Mom read a review of THUNDERBOLT & LIGHTFOOT and now she says she won't take me. It's no worse than any other R-rated pictures. It's not fair. In a few years, I can get into see them myself. I hope she changes her mind. If not, maybe I can get in myself. I'm very resourceful.

Yesterday, I hard a new record by Donny and Marie Osmond.

Today I'm crazy about Linda again. been looking at those new gorgeous pix throughout the day. If she doesn't write me in a few weeks, I've decided I'm going to write to her again.

Tonight on the radio, I heard an episode of NBC's X-MINUS ONE, a once-monthly radio sci-fi series. Weird!

NOTES: The "sadistic pictures" were horror comics-style images of rotting corpses carrying bloody bodies through dense swamps and such. I drew those a lot in the 7th and 8th grade, often being paid ten to twenty-five cents by other students to draw them for them.


Sad that I decided I couldn't draw at all because I really could and had I pursued it, I could draw even better today than I can!


Come on, admit it. Marie was a babe!


Surprised it was my Mom planning to take me to see the Eastwood flick as he was always my Dad's favorite modern movie star.


Surprised also that i discovered X MINUS ONE this early on. It became and remains one of my favorite OTR series. Of course, I was wrong with my "monthly" remark as it was, like most shows, on weekly in the 1950's. One radio actor who appeared in a few episodes was Bob Hastings with whom I would become friends many years later. A few years back, I purchased two CD's with the entire run of the series in MP3 format.
Posted by Booksteve at 1:00 AM