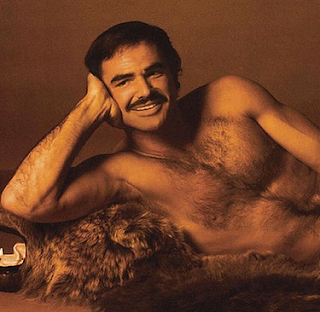 I finished ESCAPE and got well into CONQUEST.

They worked late tonight so we did, too.

I wrote Debbie. Need to rewrite it before I mail it.

I found Phyllis's number in the phone book. I never did call her back that time. Maybe I'll write her, too.

Terry called but didn't say a thing about the stuff he owes me.


Phyllis was a girl I knew when I was 5 and she was 4. She had called and we talked a year or so earlier but then she called again and I wasn't home or something. Never called her back.


Not sure if this was the period when Burt was attempting to start his own talk show or if he was just a guest on Merv or what. I had liked him on TV since DAN AUGUST and he was just starting to get big in movies. His COSMOPOLITAN centerfold of two years earlier, done as a joke on a dare from that magazine's editor, had propelled his career forward and his serious role in DELIVERANCE had won over the critics. By this point, he was starting to win over the general public, also. Reynolds himself has said he doesn't remember the seventies much at all.


BTW---IT on this date had absolutely nothing to do with Burt. Trust me.
Posted by Booksteve at 12:30 AM