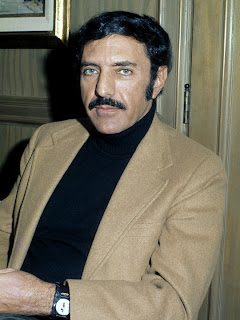 It rained hard early this afternoon. I spent all that time writing my new letter to Linda. Oh, it was wonderful. Just the writing while the rain poured! Going to mail it tomorrow. Have to write my pen-pal letter, too.

This summer may turn out great, yet!

I watched a movie on TV that was written by William Peter Blatty.

At the SS office, they threw out some old issues of THE WASHINGTON POST. Unfortunately the movie sections were missing.

NOTES: Been going through a writer's block lately but that's still how I feel about writing. I'd still rather do it than eat.


Blatty had a long career as a screenwriter and his old films were apparently being trotted out to cash in on his EXORCIST success that year.
Posted by Booksteve at 12:30 AM