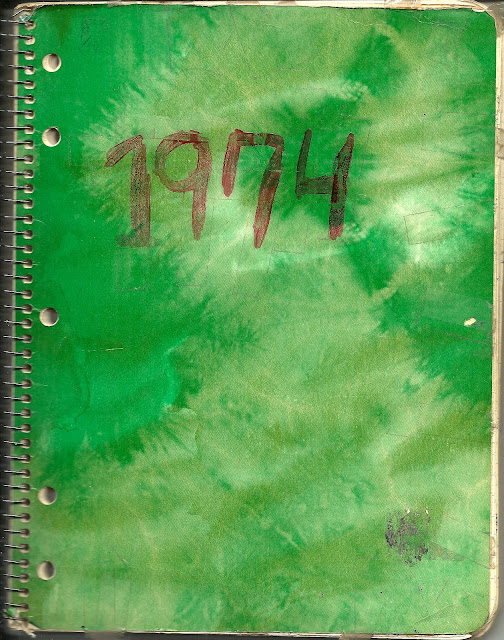 The very last day of the year. I slept late and when I awoke I watched THE MIRACLE WORKER where young Patty Duke gave a performance that reminded me of Linda's in THE EXORCIST. The movies are taking Paul's place for now.

Got a letter from the TREK group detailing the Convention plans. I'm really doubting now that I'll be able to go. Terry claims he's definitely going. If I don't, I hope he doesn't or I'll never hear the end of it. The letter did tell where to send story contributions as well so if I ever finish mine, I'll have that.

I saw most of Paul's funeral today live. I didn't much care for it, maybe because I'm not Catholic. It was very confusing. Afterwards, another brief obituary aired.

In just over a week, I will be sixteen years old. Big deal. I feel that fifteen has been very good to me overall. Although being sixteen, everyone's seeming "dream age," means nothing special to me, I do hope 1975 will be even better.

IT. One thing's for sure. This time, it was absolutely positively the last time this year! There's no year left!

I finally read a lot more of ALICE.

Cut out my last PEANUTS strip.

Thought I glimpsed a very young Linda Blair on a detergent commercial but I was probably wrong!

I'm writing this at 10 PM. Two hours away from next year. One year ago today, I was just preparing to begin this book. Tonight I'm going to stay up and see a late New Years show and then I'm going to seal this book and seal my 1974 movie lists inside it, also.

Well, it's minutes until Midnight now, nearly 365 days to the minute after I started this thing. This is almost where I came in. I've met a lot of people this year whose very existence I was unaware of a year ago. I hope next year will be just as good.

NOTES: Here in 2012, I echo my younger self. I've met a lot of folks through this blog and its 1976 predecessor who went through everything I went through...even though none of us knew it at the time. We were NOT alone! And we survived. It hasn't always been easy and 2013 is looking like quite a struggle from my end. Hopefully it looks better from where you are.

In answer to a large amount of requests (and a few demands), I have decided to leave both 1974 and 1976 online, at least for the foreseeable future. If you're just discovering them, I hope you enjoy them. As I've stated before, I did not keep a journal in 1975 so there is no more. These two are all there is.

If you like what you've read here--if you somehow relate to geeky teenage me, we hope that you'll consider a small donation via the DONATE button at top left. Thanks to the many who have already done so and helped us survive a tough couple of years.

Also, please keep in mind the other BOOKSTEVE BLOGS which will, of course, be continuing on for the pop culture aficionados amongst you. 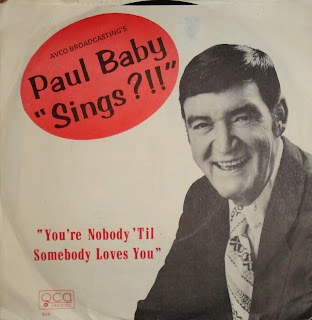 Mom went in to work but she didn't stay all day.

Watched a special 90 minute tribute to Paul Baby this morning hosted by Tom Atkins. It was even sadder than Jack Benny's! That was probably because it was broadcast right from Paul's studio where the show came from all those years. But no more. It was empty now when it should have been full if he was still alive. They showed a lot of film clips. As funny as they were, I really cried. Oh, it was sad. I wish these things didn't happen. Even Nick Clooney before his previously taped show did a short, live eulogy for Paul even though he was on a different station. Bob Braun did one, too. The special was repeated tonight in prime time.

Terry and I went to see THE ISLAND AT THE TOP OF THE WORLD and WINNIE & TIGGER uptown. The last movies of a busy movie year!

Later at Woolworths I picked up the two DC dollar books.

Saw Chris Connelly on a MISSION: IMPOSSIBLE rerun. Dad wouldn't let me stay up to see the Monkees movie.

NOTES: ISLAND was a sub-par adventure film of the type Disney had done much better two decades earlier. It starred David Hartman, soon to become the hist of GOOD MORNING AMERICA and  give up acting completely.

I assume the reference to a Monkees movie being on was a reference to HEAD, a film I wouldn't see until a midnight showing a decade later.

As you can tell, Paul Dixon's passing, especially coming almost immediately after Benny's, affected me greatly. The end of the year and the end of people who had always been there in my life, even if I had never met them.