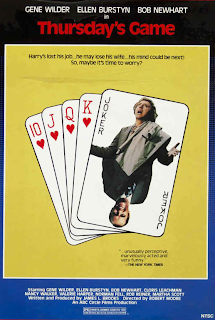 Another Easter passes me by. No eggs this year. At least no colored ones. We all went to church but even that didn't make it seem like Easter.

As if I never realized it before, I now have a tremendous crush on Linda Blair. More than anyone I've ever had a crush on in fact except Debbie and maybe even more than that!

Since I'm off all week, I intend to see some movies and watch TV.

The feeling of summer is in the air today and all is easy. Possibilities of tornadoes this afternoon but there were none. Good!


NOTES: THURSDAY'S GAME was apparently made as a theatrical feature in 1971 but for some reason was shelved. It was trotted out to excellent reviews as an ABC MOVIE OF THE WEEK on this date 3 years later, most likely because nearly all involved were now bigger stars including Gene Wilder and EXORCIST star Ellen Burstyn.
Posted by Booksteve at 12:00 AM No comments: 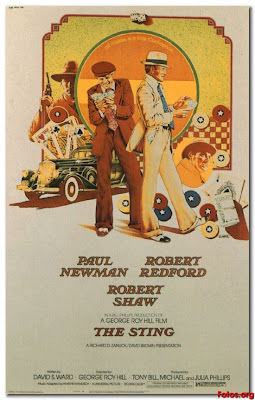 Arthur went to see THE STING with me today. It's sure to make my yearly Top Ten!

Tomorrow is Easter. Forgot to mention that last night Aunt Velma and Rachel came down to visit briefly. That was unusual.

Oh, IT again. Hopefully for the last time this week!

NOTES: As I said, THE STING has been a favorite now for all these years.


Arthur and I had known each other for years but this was really the only year we were particularly close at school and this movie was the only place we ever went together.


It was unusual that Velma and Rachel came down because the former was then in her seventies and didn't drive and the latter was about eleven years old. Wonder how they got there at all. 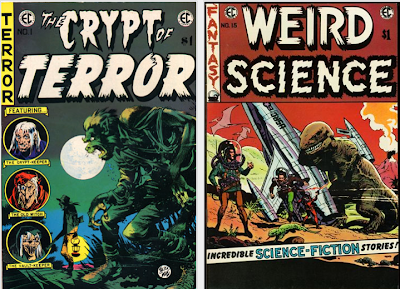 We got out of school early today and I got a lot of books and mags over the river including a lot of stuff about Linda Blair.

I also got my last EC reprint in the mail.

NOTES: East Coast Comix was a company that set out to reprint the notorious--but by that point classic--EC comics of the 1950's in near-facsimile editions, complete with original ads and letter pages but with some new letters also if I recall. No longer ten cents each, they were now a dollar and available by mail-order subscription. The company was co-run by Bruce Hershenson, now a friend of mine on Facebook. The project lasted from 1973-1976 and only got a dozen issues republished but I, for one, was grateful and amazed!
Posted by Booksteve at 12:30 AM No comments: 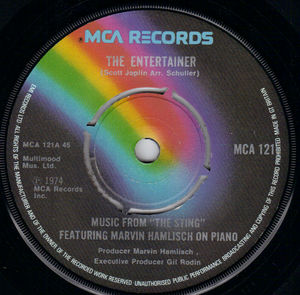 Tomorrow's my last day of school for a week.

I may go see THE STING tomorrow or Saturday.

Tomorrow marks one full year since I last saw Debbie.

All is going well with the job except tonight some obviously "rookie" baseball players creamed a rear window. Again, no real concern of mine but they are very upset and thus so am I. Boy!

Nothing ever seems to go right in my attempts at being normal. Maybe I should just plan on staying different and give up vain hopes of close friends, a good job and a girl. We'll see.

NOTES: THE STING had been out for a few months and I hadn't paid much attention to it but the ragtime music of Scott Joplin had been resurrected due to the success of the film and I bought the theme on 45. It would go on to become probably my favorite film of this era. 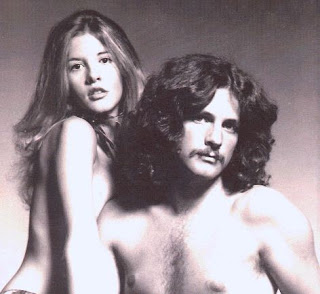 I had a bad day at school.

We didn't get finished at work until very late because two girls decided to work late over there for some reason. When I finally got home, I watched two--or rather parts of two--great TV specials on the tube.


To add a little perspective, here are some highlights in the world of popular music from 1974: 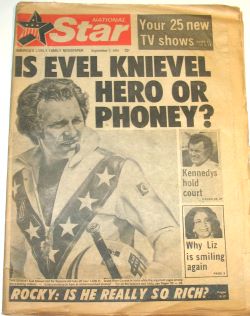 I saw an ad for a new newspaper like THE NATIONAL ENQUIRER which is supposed to have articles about Bruce Lee and Roger Moore. Can't wait to get it!

I'll probably get to see Tim's comics finally after school.

NOTES: No idea at the moment who Tim was. Don't recall going to look at anyone's comics during this period. We'll see.


The newspaper referred to as most likely THE NATIONAL STAR, an early edition  of which is seen here. Eventually it became a slick magazine known simply as THE STAR and is still around in that format today.
Posted by Booksteve at 12:00 AM No comments:

I got some great books I needed at The Ohio Book Store along with the TV GUIDE and that EXORCIST special. That paper gave me two of the best pictures I've ever seen of Linda Blair. It's just like last summer with Stefanie. I'm compelled to write to her and I swear I shall before the year is over.

The job is getting easier. I finish my part in just about an hour or less every night now. I hope the pay is worth it. I guess it will be because I wasn't earning anything at all before.

Today, Phyllis Claypool died. I never really liked her and I hadn't even seen her in a long time until recently when I passed her on the sidewalk. Still, I'm sorry to hear about her death.

NOTES: Man, I had fallen hard for Linda Blair and I had never even seen her in anything by this point!


The year before, I had written a fan letter to actress Stefanie Powers in care of a theater I knew she would be appearing at the following week. I figured, apparently correctly, that they would hand her the letter when she first arrived at the theater. She wrote back, kindly answering a number of questions I had asked in true fanboy style. Her letter had been on motel stationary. I envisioned her returning to her room after a performance, taking a shower and then settling down at the room's desk to respond to my letter. I had no doubt I could figure out a way to reach Linda Blair, also. Just didn't figure it would take me 36 years to finally make contact with her!


Phyllis Claypool was a girl who lived around the corner form me for years. She was a year behind me in school and  for some reason we took an immediate dislike for each other. She was close with my friend Cindy (whom I called Cottontop because her winter wear had a white knit hat) and Phyllis had even replaced me when it came to my first paid "job," walking a first-grader from across the street named Brenda to school when I was in the sixth grade. Sadly, I have no recollection how Phyllis died. Seems like we saw an obituary in the paper that night.
Posted by Booksteve at 12:00 AM No comments: