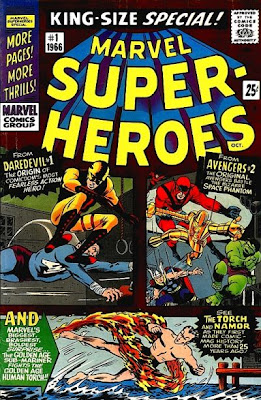 I got some more terrific mags with pics of Linda Blair. Also bought the theme from THE EXORCIST record and an early Beatles 45. I started getting FF again and the new FM was out, too.

Terry came through with the deal for MSH # 1.

Saw Melanie Cantor at Woolworth's when I picked up my new scrapbook. Filled about ten pages already with DARK SHADOWS junk.

I'm studying up on horses because Linda loves them so!

NOTES:In another case of odd temporal coincidence, here I was making a DARK SHADOWS-themed scrapbook in '74 and today in 2012, a lot of us boomers are mourning Jonathan (Barnabas Collins) Frid. I posted about DARK SHADOWS on two of my blogs yesterday.


There was a record store in Cincinnati that sold nothing but old '45's. Every once in awhile I would pick up some Beatles music there. The EXORCIST theme was actually an excerpt from a marvelous experimental, instrumental album by English musician Mike Oldfield entitled TUBULAR BELLS. It would be nearly thirty years before I heard the whole album which is quite wonderful.


Mentioning Melanie here is just a throwaway line but I sometimes think if she and I had become an item two years earlier in seventh grade my life would have been very different. She was the smartest girl in school, new that year, and also had an amazing sense of humor and a cute, cute smile. In what I thought was a really odd move, she ended up actually dating two of my closest school friends without ever looking twice at me! I tried. Even got up the courage to walk her home once (Had no idea just how long a walk that would be either!).


MARVEL SUPER HEROES (MSH #1) was a 1966 one-shot comic book reprinting a classic early AVENGERS tale with the Hulk, the origin of Daredevil and a Golden Age battle between Namor and the Human Torch! At the time, this was coolness personified! I don't recall what happened to my copy but by this point I hadn't had one in several years and was pleased to get it back! I still have Terry's former copy!


And my first ever paycheck. Cool!