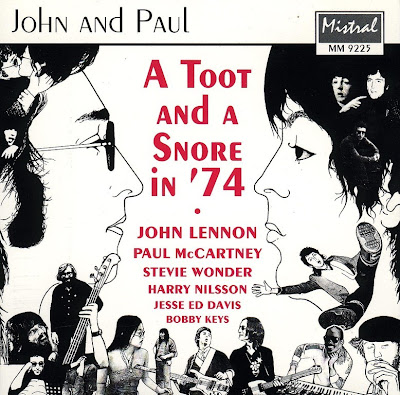 On a bright sunshiny morning about a month or so from now, a telephone rings in New York City. "Hello, John." "Paul, get here as soon as you can, mate. We've been foolish. We were meant to be together. " "Alright, pal but what about...?" "I've already been in touch with Ringo and George. They're on their way." And they all meet in a rented studio and it starts all over again.  These were the kinds of thoughts going through my head on this rainy first day back at school.

Things worked out well enough. Later, I got my Kung-Fu book and a Beatles book. Might get a Beatles album tomorrow. Terry and a friend will be coming over with me tomorrow. Still plan on seeing BILLY JACK.

NOTES: Yes, having become a Beatles fan literally as the group was breaking up in 1970, I was one of the hordes clamoring for a reunion. We bought all the magazines with deceptive titles like THE BEATLES ARE COMING AGAIN and ate up all the rumors that dotted the real news fairly often such as the one about hoe the Fab Four would reunite for a charity concert for the UN or the Boat People.


Never happened, of course. John had Ringo and George on some of his albums. George used Ringo on his. Ringo would have Paul, John and George all on his but never all on the same cuts. Paul and John had actually gotten together in a Los Angeles studio in March of  this very year along with Harry Nilsson and Stevie Wonder. It's the last time the pair were ever recorded together and I wish I could say it was good. Instead, it's a virtually unlistenable cocaine-fueled jam session. Historically important in its own way but...a muddled musical mess to put it mildly.


I maintain that, had Lennon lived, the only time the Beatles would have ever reunited would have been in animated form on an episode of THE SIMPSONS. And looking back from 2012, I realize that that would have probably been for the best.
Posted by Booksteve at 1:00 AM