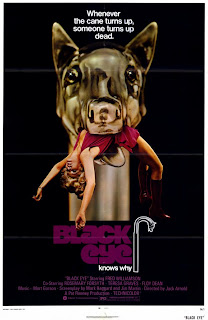 We had a sports award assembly today at school.

I got the new TBG and I may order form Bud Plant again this week.

I'll probably see Fred Williamson in BLACK EYE and maybe BILLY JACK at the Madison and/or Redford's THE CANDIDATE and JEREMIAH JOHNSON (again) at the International '70.

NOTES: Bud Plant was a dealer in comics art books and fanzines that I ordered from a lot in those days. I finally met him in 1988 at a Con. In 2011, even though we didn't have any direct contact, Bud and I worked on the same project behind the scenes for Yoe Books. Later on, I even did some publicity for him.


Fred Williamson's movies mostly eluded me until the new century when, thanks to the wonders of the Internet and cable TV, I was finally able to catch a score or so of his movies, both good and bad. An amazingly charismatic actor, his BLACK EYE is still one I have yet to see.