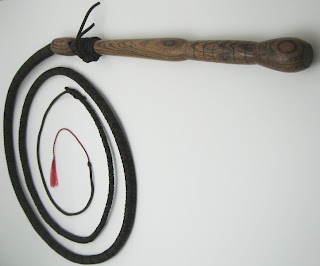 My horoscope predicted a great day today so I went to bed with great hopes but awoke to a thunderstorm which caused me to miss JEANNIE for the first time since reruns started several months ago. Well!

I went with Terry to Scroggins and King Kwik but didn't get a thing. We ran into David Donner.

No mail today but I wrote FM, Warren, Japan and Linda. Didn't rewrite any of them for mailing yet, though.

There was a bird on my windowsill and it was there for hours. I gave it some bread to eat but it didn't. Some stupid kids tried to get it down. I made a weapon out of a stick and a nylon cord. Kind of  awhip. I was ready to attack them if they messed with the bird again but they didn't. Finally the bird just flew away like there was nothing wrong with it.

I cut myself pretty bad over at SS tonight.

We won't get to see BLAZING SADDLES 'til tomorrow.

NOTES: Yes, this was in my astrology period. Most teens had them back then. Do they still? Days like this were what got me out of mine.

King Kwik was our local version of 7-Eleven. Scroggins was the candy store way uptown that had the best selection of comic books.

David Donner was a school acquaintance, more a friend of Doug's than mine. A few years ago, I looked up folks from my Junior High yearbooks online and we found he's a registered sex offender!(Needless to say, I did NOT use his real name.)

I don't remember the bird or the kids but I remember that whip-like thing I made. Yowtch! That nylon really stung if you accidentally hit yourself with it! I kept it in the closet for years and finally added a piece of heavy cylindrical cardboard on the other end making it into a type on nunchuk.

And yes, I wrote letters in drafts. I rarely mailed the first draft. Sometimes I'd go through multiple laughs and ultimately decide it wasn't working so I just didn't mail the letters at all. So there! The Warren letter I refer to here may have been the letter I wrote to VAMPIRELLA which they ended up actually publishing!
Posted by Booksteve at 12:30 AM