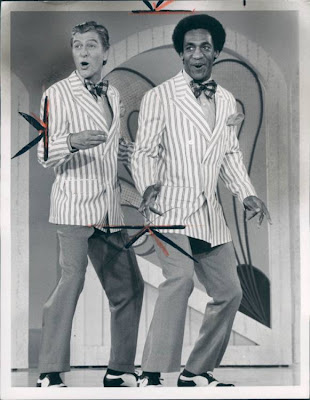 Terry and I got a few new books late this afternoon including the big WHIZ.

There was a lot of trouble at the office tonight as it seems someone was trying to break in. Mom's convinced, however, that it was US. When we went over and saw that there were still people in there, we came back home for  awhile. Oh, well. We're not talking.

Rained lightly for the first time in weeks. I hope it rains more tomorrow. We can use it now.

I saw Bill Cosby on Merv's show, one of my top favorite comedians along with Dick Van Dyke and Jerry Lewis.

I never did anything to the letter to Debbie and I may not. After all, it's all over for us now.

I saw a commercial for new ABC movies and was overjoyed to see HIGH PLAINS DRIFTER, my second favorite western, will be on.

I heard TAXI for the first time in months.


So nice to remember back when I loved rain. I might still if not for PTSD after our basement hadn't ended up with 4 feet of water in it in July of 2010, disabling our hot water heater, our washer and dryer and our air-conditioning and central fan (to say noting of ruining a whole bunch of stuff we had just moved to the basement from paid storage!). Nowadays, it never seems to just rain. It's always a deluge, and my blood pressure always goes sky high. I miss rain. Sigh.


Wonder what I was considering my favorite western at that point as my favorite now, THE OUTLAW JOSEY WALES, was still two years in the future.


I had been a huge Dick Van Dyke fan since childhood and some of the earliest movies I saw were Jerry Lewis movies. We never watched I SPY, though, so I guess I discovered Cosby through his talk and variety show appearances and then his later sitcom where he was a coach.


As a rule, I hate story songs but I've always made an exception for Harry Chapin's TAXI. It's heavy, long and maudlin but well-produced and somehow deep, meaningful and enjoyable anyway.

Harry Chapin's TAXI is an incredible achievement, not only musically, but a breakthrough of the "story song" into the Top 40. He excelled at playing "Short Stories" and his legacy lives on. Brother TOM CHAPIN continues to tour with Harry's friends and fellow musicians, and performs Taxi and his brother's other songs in concerts even today! If you have a chance to take a child to one of Tom Chapin's family friendly shows, do it. It's music that bridges the kiddie nursery rhymes and American Top 40.