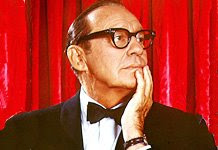 Today was Valentine's Day and I find myself missing any sort of female companionship SO much! But it's over now and I don't have to worry about it anymore until next year.

My biggest worry is a physical exam the ninth graders must take soon. Maybe as early as tomorrow. We'll see.

NOTES: As a young child I used to love it when everyone bought valentines for everyone else in class at school. I saved them for many years! By this point, though, you only gave valentines to who you WANTED to give valentines to. I was, of course, too shy to give anyone a valentine...and of course no one gave me any. In the years since, I made efforts at celebrating the day again but they never worked. When I was managing bookstores in the eighties, I began buying flowers for all the female employees I worked with on Valentines Day. It was much appreciated at first but by the last year I did it, circa 2002, political correctness had ruined so much for everybody. My motives were questioned and the gesture was misinterpreted. I was asked never to do it again. Sigh....


Valentines Day 1974 was also the final birthday for the great comedian Jack Benny who would pass from pancreatic cancer at the end of the year after a brief illness.
Posted by Booksteve at 12:15 AM