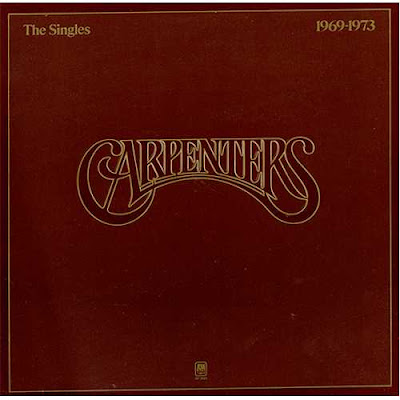 The first day of Mom and Dad's vacation. For the first time, I went out with them to Value City and the new Twin Fair. I got the Carpenters hits album and the soundtrack of HOW TO SUCCEED...for only 39 cents! At Twin Fair, I found a dollar! On the way home, we stopped and got some ice cream at Dairy Queen.

NOTES: The Value City stayed there until about 4 years ago when it was turned into a Burlington Coat Factory. The Twin Fair moved there form it's prior location which is, in 2012, just a couple of blocks from where I write this. It stayed for years in the new location but sat empty for quite a while afterwards before reopening as a carpet store which is still there.


The Dairy Queen is still there on the way and on rare occasion, we still stop there hut since we have no money and David doesn't care for ice cream, not often.


Hard to believe that you could get a record album--ANY record album--for only 39 cents in those days but you could. Many large department stores had whole bins of cut-out albums like that.


THE CARPENTERS album I bought was the one seen above. Years later I replaced it with their box set and sold off this album. I have long said that Karen Carpenter had one of the best female voices in late 20th Century music and Richard was an amazing arranger and producer. People made fun of them even then and more after Karen's tragic death but give their music a listen and you can still feel the magic!


As far as vacations, even when we didn't go anywhere, Mom and Dad always took their vacations at the same time--the first week in July.
Posted by Booksteve at 12:30 AM

I agree, the Carpenters were great. It seems more people speak positively about them these days -- but maybe that's because I now hang with an older crowd. :)

I love the Carpenters music. I agree that Karen was one of the best singers I've ever heard. They got unfairly picked on for their brother/sister goody-goody image. But their music has held up and I still listen to it often.

Richard was a musical prodegy (sp?) and Karen's honey voice wasn't discovered until she did a mike check one day during rehearsal. They recorded on A&M label...the A standing for Herb ALPERT (of the Tijauana Band fame) and recorded in his studio. With all those musical pluses backing them, how could Richard and Karen go wrong? The big hit "We've Only Just Begun" started as a short comercial jingle in L.A. when Richard heard it on TV and said, "I could make something more of that." The rest is history...