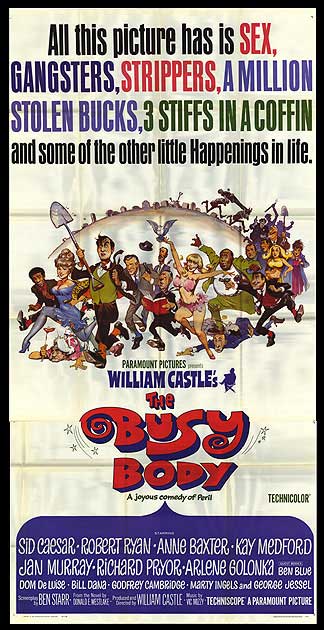 I didn't hear from terry today but I'm hoping to tomorrow. To see it!

I saw a good comedy movie with Sid Caesar and an old episode of OUTER LIMITS.

Picked up my last pictures and turned in a new batch for the drugstore to develop. I took those out of the patches. Next week, I hope we can go out to Aunt Velma's and I can show them around.

When their vacation is over, I'm going to finish and rewrite my story.

It's at this time of year that I miss Debbie most of all. I'd be at her house nearly every day and around her birthday I'd always go down to her house and leave a present at her door in a heart-shaped box. I always did. But not this year. Not for her or for anybody. Next year, either. Yeah, I'm crazy about Linda but I'll probably never hear from her (but I'm sure gonna keep tryin'!). If I can't get something going by January I may do my best to just quit trying.  I guess I don't really need a relationship. I just naturally want one. There should be a way to beat it, though, and if there is, I'll find it. In January. In the meantime, I'll try to make myself just forget the sexual aspect of the whole thing. I've never thought that way of any girl I've ever really known or liked anyway so I'll try not to think that of ANY girl to prevent it!

NOTES: Sid Caesar is, of course, one of the great early TV funny men but he never really starred in a  lot of movies and the ones he did weren't really very good. The one I saw today was most likely THE BUSY BODY, a 1967 comedy noted today mostly as the first film of Richard Pryor...who plays  a police detective yet!


Come January I was just going to "quit trying," eh? Hmmm...more like "quite HOPING." I really wasn't trying. Just hoping and moping.