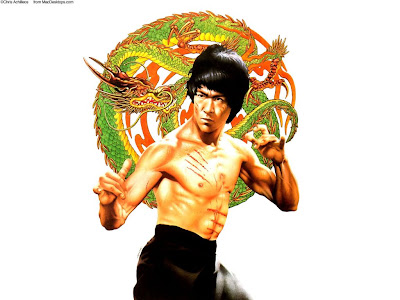 Today I began writing a STAR TREK story at school.

The new TBG came today. There were quite a few (small) pics of Bruce Lee in it. I cut them out and put them in my scrapbook.

NOTES: I had been a Bruce Lee fan since THE GREEN HORNET in 1967. My family would almost always do our weekly grocery shopping on the night the show aired so I'd be lucky if we got home in time to see it all! I followed him in his guest spots on BLONDIE and HERE COME THE BRIDES as well as his semi-regular appearances on LONGSTREET, essentially playing himself. When the earliest movies of the Kung-Fu craze began in 1973, I had no idea he had starred in any! Then I saw a magazine article about ENTER THE DRAGON and was actually able to see it at a sneak preview in July of '73... a week before Bruce's untimely death.


As far as STAR TREK had only recently become a big fan as the reruns propelled the series at warp speed into the phenomenon it became. The story I started writing that day, MISSION TO MENTHOS, would turn out to be the longest fiction I had written to date. I still have it. With a few more adjectives and some better comma usage it wouldn't be all that bad!
Posted by Booksteve at 12:15 AM

Too bad you didn't call it Mission to Mentos. You could have sued and been rich by now!