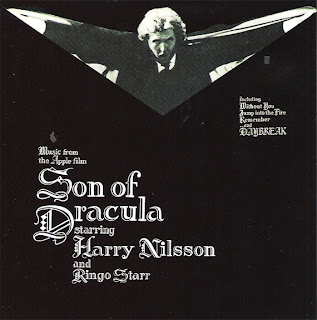 We went to Church. Today is Father's Day.

Almost accidentally did IT later but I can't risk my horoscope not turning out right tomorrow.

After about six years of the same record player, I finally today picked up a new needle along with a Nilsson record from SON OF DRACULA.

NOTES: I've been a big Harry Nilsson fan ever since I first heard that smoooooth voice of his. He really wasn't an actor though and SON OF DRACULA, a drug-fueled horror musical produced by and co-starring Ringo Starr (as Merlin) ended any hope that he might be, Had some good music though including DAYBREAK, the record I bought on this day.