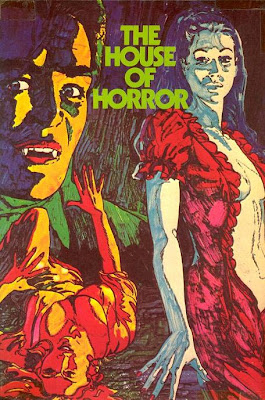 We did Kickball in Gym again.

I got all the books Terry said were out but three or four. I also got SPORTS ILLUSTRATED covering Evel's jump and a film mag with a Spidey cover.

Came home to fid my Hammer book had finally arrived! About time! Almost six months! It's got a lot of nude pictures in it.

NOTES: The Hammer book was the one seen here, mostly a picture history with, as I noted, more than a few nude shots! As with many books from this period, I still have it. The Bounty Books film book series that followed were done in almost exactly the same format dealing with vampire films, censorship in films, violence in films, disaster movies, mysteries, etc. They also featured a few nude shots in nearly every volume!