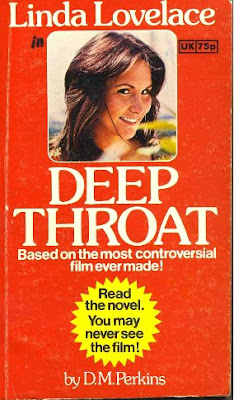 Bruce Lee was on INSIDE TONIGHT but I didn't know it until it was almost over so I missed it. THE FINAL DAYS OF BRUCE LEE is on at the Grand along with CHINESE GODFATHER. Hope to get to see them this weekend.

For English we had to write a "sermon" on a contemporary, controversial subject. Took me all day bit I finally came up with "Violence in the Media." I mean, it's contemporary, it's controversial and who knows more about it than me? The only bad part was actually having to write the sermon. I gave it my best...or near it.

Guy at school gave me a mag with articles about Roddy and also HARRY & TONTO. I have gotta see that movie.

A guy at school was reading the book version of DEEP THROAT! Who'd know from looking at me that I've now seen that book!?

There's a new version of MARK OF ZORRO on next week.

NOTES: I kept watching the low grade chop socky films with Bruce's name connected in hopes of seeing some little known Bruce Lee movie. But no. There really were only the handful everyone knows...as well as the GAME OF DEATH footage that was still years away from being released. Everything else, no matter how entertaining in its own way, was getting my money under false pretenses.