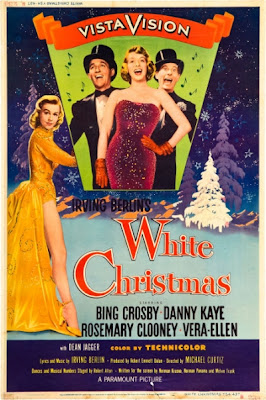 A long, long day. I was awakened by a call from Terry. he picked up one book I didn't and vice versa.

When Dad and I went to the car later in the morning, we found it was all messed up again! They got the battery, the radio, etc. All gone! I was SO mad but not half as mad as Dad was! He called the cops and we waited but they never even showed up. Damn it! Boy! Conners claims he'll get the garage fixed. I'll bet. I told Dad early this year it wasn't his year for cars. Boy, was I right! Later in the day, Dad got the car fixed. It's not great but at least it runs for now.

Mom went uptown and picked me up some new comics and a new scrapbook which I promptly dedicated to Roddy and the Apes.

While she was gone, I watched WHITE CHRISTMAS again and picked out some toys to give to that lady Mom knows who's collecting. She came by tonight to pick 'em up.

I watched ALL IN THE FAMILY's special 100th episode and a really neat James Bond commercial.

We brought the tree up from the basement tonight. Only took me 30 minutes to put it up. We didn't get it fully decorated yet.

My ear slowly began to hurt very badly. I went to bed with cotton in it.

NOTES: If you'll recall, my Dad, after having his car stolen from a nearby public parking lot earlier in the year, he began renting one side of a garage a block and a half away. Unfortunately, the car was constantly being broken into by someone because the OTHER side of the double garage was easily accessible. They couldn't open the lock and steal our car but they basically had unfettered access to do what they wanted with it otherwise. Ugh! After the first time, I tried to talk my dad into moving it but for reasons I forget, he chose not to do so.

When I was very small, we would go out and buy a real tree every year from a street market. At some point, they decided to get an artificial tree and that's what we always had from that point. In recent years, we've given up putting up a tree. Seems like a lot of trouble to go to when you just take it down a week or so later. Must admit, though, sometimes I miss Christmas trees.

WHITE CHRISTMAS actually isn't a Christmas movie except for certain early scenes and the ending. But that voice and that song represents Christmas to so many in several generations.