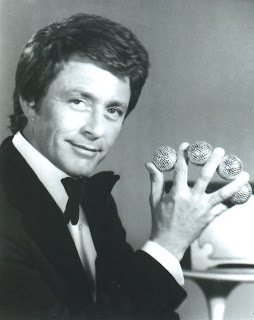 I taped THE MAGICIAN theme, my favorite TV theme at the moment.

At school, I got an article on comics.

Tonight, I decided to make something out of my old DARK SHADOWS scrapbook.

Three movies I want to go see this week. One--Sean Connery in ZARDOZ--is coming to the Madison. Maybe my movie luck is changing. I hope so!

NOTES: THE MAGICIAN was a short-lived series starring TV favorite Bill Bixby as a stage magician whose hobby was solving murder mysteries using his illusions. It really was a great theme song, on trumpet as I recall. It was the first of many I decided to record on a tape of TV theme songs which I still have!


ZARDOZ was one freaky movie. More about it when I see it.

I remember that show. I also use to tape things with a my cassette player. Mainly, Monkee shows. I still have all my tapes from back then.

Currently watching this episode of the Magician "The Illusion of the Lethal Playthings". So far nice scene involving a bomb threat and a filmed ransom note told by a marionette.

(found out the other day, The Magician was the last show Patty Hearst watched before she was abducted, Feb 4th, the episode with William Shatner.)

Currently in "mourning" for Officer Willie Gillis; This night was Michael Ontkean's last appearance on The Rookies. (Interesting news items how Ontkean reportedly try to hold out way more money and outrageous perks, which later turned out he was trying to get out of contract because the writing on the show was just not evolving further iho...)