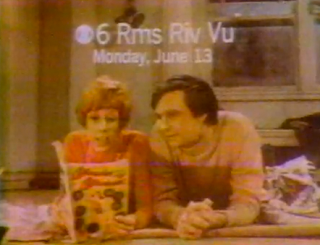 IT again. It's not the same these days, though. Maybe I'm growing out if it. I hope.

Been reading the U.N.C.L.E. book and it's surprisingly good!

NOTES: 6 RMS RIV VUE (Pronounced Six Rooms, River View) was a 1972 Broadway play. This TV adaptation was directed by and starred M*A*S*H star Alan Alda alongside TV comedy queen carol Burnett. I don't recall the details but at one point, as seen above, she's reading WONDER WOMAN comics that must have set them back a pretty penny even then!
Posted by Booksteve at 12:47 AM