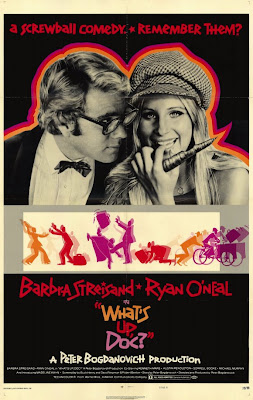 The Cool Ghoul had been the local horror movie host beginning in the late sixties. By this point, his show was gone but he was still trotted out around Halloween! This would continue for many years until his passing about a decade back.
Posted by Booksteve at 12:30 AM

Boy you sure got that comment on "What's Up Doc" dead on, regarding Barbara S. The film doesn't quite hold up on re-watching, but I do remember laughing out loud when Unis shows up at the seedy house and interupts the beating.