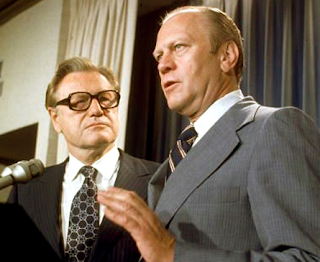 Dodgeball in Gym again. I did a little bit better than usual. In Home Room, a girl named Angie collected money for needy people. Starting with nothing she had over six dollars before we got out of Home Room. She never said a word to me, though. She never does. Wish I knew why. I'm not that bad looking. A fairly hard Geometry test and an easy Science one rounded out the day. There would have been a Spanish test but it was called off for some reason.

Jay bought TEN of my notebooks!

One girl collected money to get a gift for Mr. K for Christmas. I contributed my last dime. At least she spoke to me. She only got $1.32 so she wrapped it up and gave it to him in class. He loved it! I'm glad I was a small part of that.

I wish I was part of some group. Maybe the STAR TREK group will be my "thing." I know more about the show than most people--especially non-Trekkies.

I wish PAPER MOON hadn't been canceled. Next week, PLANET OF THE APES reruns the first episode and then that's it for them, too.

I've given up on asking Debbie to the new Showcase Cinemas.

Nelson Rockefeller became the new VP of the USA today. I stayed up 30 minutes past Rocky's oath to catch the last part of a MOVIN' ON Christmas special.

NOTES: I had so many of the giant 3 ring binders the Social Security office had thrown away that I was selling them at school! Hah!

Nelson Rockefeller became the controversial unelected Veep to an unelected President. The seventies were weird.

Currently binge-ing "Movin' On" on Amazon Prime; enjoying Claude Akins and Frank Converse and the whole "big-rig-meets-Route-66". (Was wondering if it caught your eye back in the day...

I remember thinking Akins would have been good as Ben Grimm in a FANTASTIC FOUR show or movie.

HAHA! He will always be Sheriff Lobo to me! I've seen Converse during my 70s binge-a-thon on Starsky and Hutch, Bionic Woman, and Rhoda AND some pain reliever ad where its just him serious talking head in yo face (and that sold!) Shame he never caught my TV-viewing-crosshairs growing up...

I first saw Converse in his '67 TV series CORONET BLUE and then really started noticing him after he played the hero in Bing Crosby's last film, DR. COOK'S GARDEN. Think the last thing I saw him in was ANNE OF AVONLEA more than 30 years ago now.