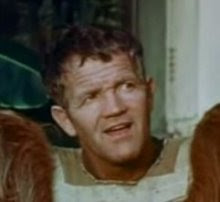 Mr. J was absent today but I did pretty well in Volleyball.

Mom says she may be able to sell some of my Hot Wheels stuff for me to somebody she works with.

I see where PINNOCHIO is matineeing this weekend at the madison. Another film I once saw with Debbie!

Speaking of films, we saw a rather graphic LSD film today in Health Class, complete with LSD Comics!

Terry had me look up all the info I could find on Wonder Woman for him. Ever since the film, he's been crazy about her.

NOTES: This was around the time I ended up being surprisingly good as a server in Volleyball. Suddenly everyone wanted me on their team. In retrospect, maybe it was because of my mutant ability to be able to easily find the center of gravity. I can balance a pole on my fingertips for as long as I want, for example, even moving it from fingertip to fingertip. I'd be a hit at parties...if I had ever gotten invited to any parties.


I hadn't really played with my Hot Wheels cars for a couple of years by that point but I still wish I had kept at least the cars. I had a huge carrying case full of them!


Janos Prohaska was a little Hungarian stuntman who specialized in playing apes and gorillas in movies and TV shows. He often appeared on Bob Barker's audience participation series, TRUTH OR CONSEQUENCES, surprising contestants before Bob revealed him to be a man. Bob always introduced him by name so I got to know him from there. He had also appeared as various monsters on both LOST IN SPACE and STAR TREK. The name "Janos Prohaska" was later used for some reason as the real name of the comic book hero, Blackhawk!


Okay, here's where my spooky memory fails me. I have said for years that I had my 1st date when I was 9, my 2nd when I was 10 and my 3rd when I was 23. None of those, however, were PINNOCHIO! Apparently I have completely forgotten my 3rd date! (What does THAT tell you?)


Wish I could remember what the deal was with the LSD Comics. Was it an underground in the film or an anti-drug comic they passed around?


LOL. After writing about that WONDER WOMAN film the other day, I spent yesterday in 2012 re-reading Les Daniels' history book of WONDER WOMAN!
Posted by Booksteve at 12:02 AM