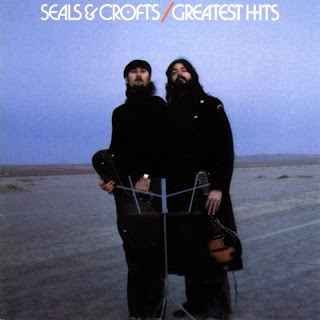 I watched three shows from the Ohio State Fair this morning including one with Seals and Crofts.

I wrote the Dreamville letter but still haven't rewritten the others.

Today, I began preparations for school. Tomorrow night I bathe, wash my hair, brush my teeth--the works. Might even get my new eye test tomorrow.

NOTES:The HOGAN'S HEROES episode couldn't have been all THAT old as it hadn't even been a decade since that series had originally premiered!

When I was a kid, we went to all the local school and church carnivals and such. I guess I just liked the atmosphere. The rides made me sick and I wasn't big on cotton candy. Never went to an actual county or state fair, though. The Ohio State one got extensive coverage every year, though, so I often watched it for hours.

Seals and Crofts were a then popular vocal duo, sort of a mellower and less political Simon and Garfunkel. I never bought one of their albums but I picked up all their hit singles for a while.