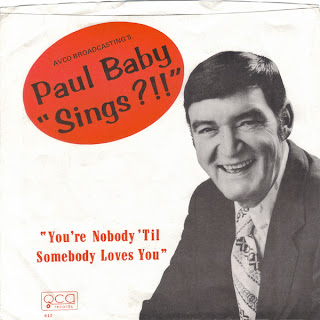 We couldn't go to King's Island due to morning rains. This afternoon we went out to Joan's instead. Everyone was crazy about all my pictures.Wish I'd taken my camera. Rachel looked photogenic as always.

We stopped to shop on the way home and Mom bought me Joni's FREE MAN IN PARIS and PAUL BABY SINGS.

Doug came down this evening and brought his Evel posters and the record album. We played my own Evel record and I got that  Evel newspaper. A real Evel kind of day.

I stayed up a little late to watch some of the Labor Day telethon. 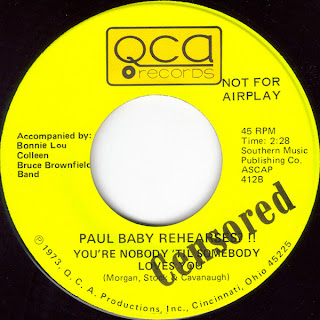 NOTES: See previous post for how my thoughts on Evel Knievel have changed since these hero worship days. It was all marketing but who knew that then?

Joni was Joni Mitchell and this was the first of her records I ever got.


PAUL BABY SINGS was a regional novelty single that tied in with THE PAUL DIXON SHOW, the long-running talk/variety/comedy show in Cincinnati and the Mid-West that David Letterman has always credited as an influence. I still have it. In the hip parlance of the late sixties, the balding but be-wigged, middle-aged former newsman had become known as Paul Baby. His locally bestselling autobiography was called PAUL BABY, a follow-up book was called LETTERS TO PAUL BABY and thus this record, PAUL BABY SINGS. Side one was a serious version of a song he was known for on his show. (He wasn't a great singer but pretty good). The flip side was basically Paul and his two female sidekicks from his show just goofing around on a take with the machine still running. Much fun!