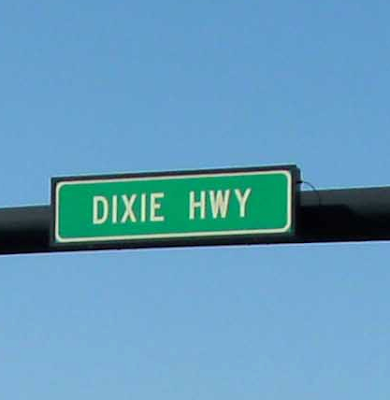 First of all, my blooper didn't win. Even though I mailed it a half hour after I saw the show, some girl mailed hers even sooner and she won! Boy! Maybe next time.

I didn't see the movie. Maybe tomorrow. Instead, Terry and I caught the Erlanger-Florence bus and went out as far as it goes. Then we started walking. We knew we were on the right road to find Comic Corner. It was just a matter of time. About an hour (almost) later, we found the Devon Garden Center and inside one of the greatest collections of comic books I have ever seen! Some for only a penny! I got some I really needed as well as some I just really, really wanted! The guy that runs the place is a really nice guy, too. He knew all the same people Terry and I have bought comics from over the years. I'm definitely going back but not too often. I can't stand the walk! But it sure was neat!

NOTES: Comic Corner was, to the best of my knowledge, the first comic book store in Northern Kentucky and one of the first in the Tri-State area. Supposedly there had been one out around Norwood around this time or earlier. I saw an ad in the newspaper but that area was totally unfamiliar to me and would have required multiple buses.

Which might have been better than the walk! Literally, the address said Comic Corner was on Dixie Highway and we knew the bus went way out on Dixie Highway. What we didn't then realize is that Dixie Highway continues on to Florida! I was probably exaggerating to say an hour but not by much. Earlier this week in 2012, I had trouble walking across a parking lot. Things change. Sigh.

The place was in the back of the garden store run by the man's father...or to be more precise, in a corner of it. We sat there for probably a couple of hours resting up, talking with the owner and going through more boxes of comics than we had ever seen one place! Somewhere I still have the original newspaper ad for the place but I can't find it to scan.
Posted by Booksteve at 12:30 AM

Forty - Two years ago today!! It sounds as if you had fun that day!!( Even with the long walk!! )

FYI--Last year, I found out that the comic shop I mentioned as being "out around Norwood," above was actually just a weekend flea market setup and that it was way off the main bus route as well so it's just as well we never tried it!

Watching "Steffie" on this night's Kung Fu right now. "Cry of the Night Beast" Something mystical about Caine needing to protect a baby calf in order to protect Steffie's baby.

If I were in your shoes (same age, same year) I woulda had a crush on Steffie too (from all the shows I watched her guest on). "Jennifer Hart" never really worked for me.