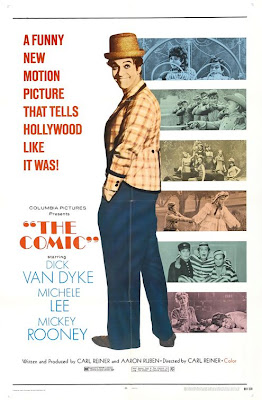 Mrs. P had all her stuff moved out.

I took THE HOBBIT to school but I didn't read any of it.

Some people in science class are so dumb. Some said the earth was flat and that stars were other planets and other childish things like that!

I managed to catch the regular bus but only about four others did.

I saw "When Gods Destroy" on STAR TREK with Yvonne Craig.

I taped an AIRPORT '75 commercial while taping radio songs tonight.

I saw Dick Van Dyke in THE COMIC again.

Yesterday, one of my wishes was to write a meaningful poem. I took out my pen and wrote "Sad Rainy Evening" about when I said goodbye to Debbie four years ago. It was meaningful.

NOTES: Yes, I still have "Sad, Rainy Evening" but what's sad about it now is that I was still so obsessed with Debbie four full years after shed moved away and two years after I'd last seen her. I was such a putz!

I should have read THE HOBBIT when I had the chance. I'll probably never get to it now. No, I still haven't read it!

I love Dick Van Dyke movies--from MARY POPPINS to CHITTY CHITTY BANG BANG to COLD TURKEY and FITZWILLY and everything in between. THE COMIC is one of his best and played into my growing love of silent movie comics.
Posted by Booksteve at 12:30 AM

Did you ever see Debbie again?

Yes. See my 1976 Journal blog. It was literally in the middle of a crowded street in downtown Cincinnati and I wasn't even sure she recognized me.