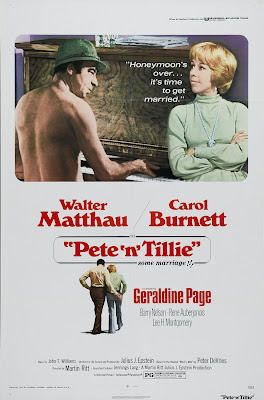 Well, I did it. Took a cab up to Doug's and then walked with him. Looks like I'll be doing it for  while, too. After school, I went to his house and called another.Got home just about the same time I always do. I was real nervous at first. A lot of people didn't even show up today!

Cincinnati buses are still running at least. I found out which bus goes to the Valley Cinema. I may go this weekend. Maybe not.

I practically finished my poster. It's good but I don't know that it's exactly what he wanted. Now to figure out how to get it there. It's not due 'til Wednesday.

Terry says he's got about 39 pics of Barbi to sell me. He says some are nudes so I don't think I'll be mentioning the sale to Mom and dad of it goes through.

The size of the daily PEANUTS strip was reduced today to conserve paper! Boy! I may have to stop collecting it! Sure messes it up!

I watched PETE 'N' TILLIE on the telly. Eh.

NOTES: Cabs were much cheaper in those days and around here the only way you could get one was to call one so until the strike was over, that's what I did.

PETE 'N' TILLIE was an acclaimed 1972 comedy drama starring two of my favorite performers, Walter Matthau and Carol Burnett. I found it to be the worst kind of boring soap opera dramady. In fact, I consider Carol to be one of the funniest people ever and yet can't recall ever enjoying her in a feature film.

And so it begins--the shrinking of the comic strips. I looked at a newspaper in a waiting rooma  couple of weeks back for the first time in over a year. I literally could not read the text in the word balloons! Pointless.
Posted by Booksteve at 12:30 AM

I remember seeing Pete N Tilly at the drive-in. It was a gas, and I laughed at their antics taunting their neighbor and his meticulous record keeping for his gas milage! The movie was bitter-sweet, and was a bit shocking in its acceptance of pre-marital sex. Plus, as my high school biology professor said, the scene with Walter Mathau playing piano in the nude is a shock, but funny as hell!