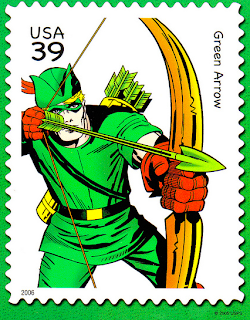 Terry visited and we played a long game of Monopoly. As usual, I lost.

I'm going back over the river to get that Exorcist Special and a few old comics after school tomorrow.

NOTES: Terry really liked Batgirl and I really liked Jack Kirby comics. It was a good trade. The Kirby story was a reprint from the fifties. At the time, I hadn't realized that Jack had been the artist on the Green Arrow feature for nearly a dozen stores not long before he returned to Marvel to create the Marvel Universe as we know it today.
Posted by Booksteve at 12:30 AM