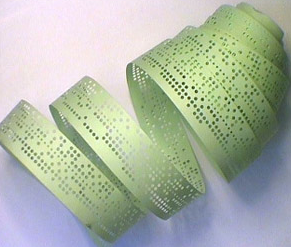 April Fools Day and none pulled a single joke on me. Whew.

We started our job at the security office tonight and I think it's okay bit I'm not crazy about it. One interesting thing is they have a computer! It's a computer named Ssader who types out message automatically from time to time! Oh, well. It's an easy way to earn some money. I hope it works out, though.

I broke my second best tape later tonight in a terrible storm. In some areas, they said on the News that it was a twister!

NOTES: Never liked the concept of April Fool's Day. Back then, especially, I had a nightmarish fear of public embarrassment.


This was the day we started working as the janitors at the Social Security Office next door to our apartment house.


The same man who owned our building owned the office also. Technically it was my dad that was hired but from the beginning my Mom and I worked with him as a team. Every night after everyone left the office, we'd go over and clean up. With the three of us, it only took between one and two hours unless there was a particular problem. After I finished my part--emptying the trash cans and ashtrays (yuck!) and tying the bags up to take out on Trash Night--I'd usually go home and catch some television.


I also had to change a TON of lightbulbs, especially when President Carter's administration required government offices to remove two out of every four of their light bulbs during the energy crisis.


Sometimes the employees would work late and we'd end up having to go over very early (like 5:30 AM) the next day before they came in.


I guess this was the very first time I'd ever seen a computer. It took up a whole room about the size of a large closet. It had reels and a dot matrix printer as well as something that spit out tape with punch holes in it. Whoever designed it never bothered to come up with some kind of receptacle to catch the little dots made by punching said holes so we had to sweep them up every night, always with the possibility of the darn thing spitting out more while we were doing it!


Ultimately we kept the job for ten years. During that time, my dad was sidelined for a year in 1978 by an accident so I took over the majority of the work. My mother died in 1981 and I took over hers, also. Somewhere in there, the Social Security Office moved out and the newspaper office moved in. They were a lot pickier and also more prone to working weird hours which meant I, also had to work weird hours.


In 1982, I even lost my virginity on their conference room table to a young lady I snuck in one night at 1 AM.  Ahem!


I ultimately left the job in late 1984 when I was by then promoted to full-time at Waldenbooks.
Posted by Booksteve at 12:30 AM