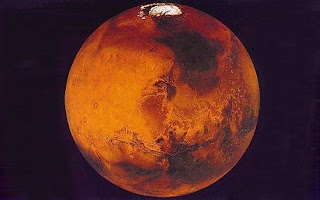 A pretty good day at school. Dennis wasn't mad. Both book deals fell through but I picked up another at the same price. Also got a five dollar science book. I only need a few more now but I have to find them by Monday!

Mr. Clay, my Spanish teacher, although obviously a great fella but he speaks Spanish at 360,000 words per minute! Oh, well. Maybe I can get used to it. I hope so. Couldn't understand a word he said!

Evel Knievel's famous quote was that his death would be glorious. I've got an idea on how to make mine so, too. It's too far-fetched to ever come true but if I could convince people to send me on a mission in space! I would head toward Mars but then keep on going, sending back pics and info up until my inevitable death. Impossible. But maybe I can at least write a story about it.

I saw BORN INNOCENT advertised! It'll be on NBC in two weeks. Starring Linda Blair! Oh, it should be marvelous!

NOTES: Don't think I ever did write that Mars story. Too bad. A rogue astronaut.

Mr. Clay really was (and is) a great guy. About ten years back I ran into him at the Supermarket and was shocked to see he looked just the same while I was now a middle-aged fat guy. I later saw him often as a patron when I worked at the Public Library and still later would see him from time to time shopping in local bookstores. Somewhere, a portrait of him is aging because the last time I saw him--maybe 4 years ago now, he was still not.

I don't recall ever having to buy school books. I think the deal was - we had to put covers on them, and turn then in at the end of the year.

If you messed the book up, then your parents had to pay for it.

Was that common? Or something that varied from place to place?

The books were handed out as you went to each class. At least I think that is how it went.

The concept of the rouge Astronaut was at least partially used in the sci fi flick "Silent Running" which also came out in the early 1970s, I believe. Have you seen it?

I quite enjoyed SILENT RUNNING but didn't catch it until a late night TV run about a decade after it was released.