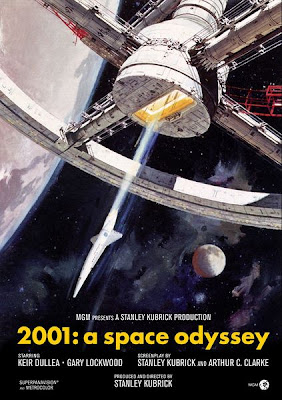 We have to make a poster collage in English and we played dodgeball in Gym. We played Spanish Monopoly and Spanish Scrabble in that class. Well, I ended up sitting them out, naturally. I didn't like 'em anyway. I spent my time trying to teach myself French by reading that Linda Blair article. I hope he goes ahead and gives it to me soon. It's got marvelous pix!

We got our report cards and mine was better than expected. Four A's and 2 B's. Hope I can do that again.

Terry said he saw 2001: A SPACE ODYSSEY again and claims to have understood it this time. I doubt it.

I saw only GREEN ACRES, STAR TREK, LUCY and a bit of MERV GRIFFIN. That's all that was on tonight other than the election!

NOTES: My parents didn't vote. I don't know why. As far as I know, they never had! When I turned 18 and was able to register, I jumped at it...and talked them into it, also. I'm proud to say I've never missed voting in an election since! In fact, I've often said I had more respect for someone who votes exactly opposite of the way I vote than for someone who chooses not to vote at all! And yes, I've heard all the arguments. I don't believe a one of them. People fought and died to get us the right to vote and to protect that vote. I figure the very least I can do is VOTE!

Terry and I both hated 2001 when we saw it the day it opened back in '68. Probably because we were 9 years old. Still, I made the effort to understand it by reading not just the book but also the behind the scenes book they came out with! Still didn't grok. About every ten years I give it another try. I continue to find it--like most (let me emphasize NOT all!) Kubrick films--to be slow, dull, disjointed and ultimately pointless. What we had really wanted that day in '68 was STAR WARS. We had another decade almost to wait for that!

As far as the games thing, I don't do games well. Never had. I used to love to sit at the kitchen table and play board games with my parents but rarely have had the interest or patience to play with others my own age...even now. I don't do "fun" well at all. :(