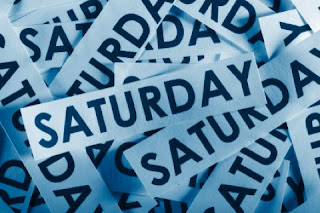 Mr. Arnzen is in the hospital.

Terry says that a couple of the Gazettes are gone already so maybe I can afford what's left tomorrow.

The week's over already, only to be followed by an all-too short weekend and then we start all over again.

NOTES: Mr. Arnzen would turn out to have some major health problems. Not sure if I go into it here in the Journal but let's just say that he sadly doesn't make it out of the school year alive.


I guess during this period where I disliked school, weekends took on an extra meaning to me. Earlier, I loved the weekdays just as much and later on, as an adult, I actually worked nearly every Saturday and many Sundays for about a decade. These days, they're still nothing special but, for a time in the seventies, I loved my Saturdays!
Posted by Booksteve at 12:37 AM

Watched this date's episode of Toma with Tony Musante and Susan Strasberg "50% of Normal" (one of two episodes readily available) this show is what eventually became Baretta. Amazing how dark and gritty a show gets when there's no transition music...