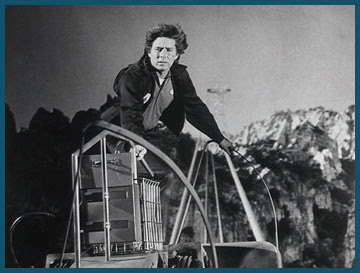 Well I got about six Gazettes. I may order the others at some point. I'm going to have to order something, soon. I really like to get books in the mail!

I spent all afternoon reading and then all evening watching television. I watched Stefanie and Bobby on the ABC Suspense Movie and it was marvelous.

NOTES: I went through a period of hating to get mail in recent years as so much of it consisted of bills and late notices but I have to admit I still get a thrill when I get a book--mostly review copies these days--brought right to my door.


The movie that aired that night really wasn't that memorable in the long run but it was called SKYWAY TO DEATH. Basically a TV disaster movie, it was highly touted by ABC and then just faded away. "Stefanie" was Stefanie Powers, the first celebrity I ever got an autograph from and "Bobby" was Bobby Sherman, the Justin Bieber of 1970, here in the last moments of his 15 minutes of fame. I had all his records and always enjoyed seeing him on television but after his recording and acting careers dried up for some reason (after about ten years since he started on SHINDIG and guest-starred on shows like HONEY WEST), he became an EMT and a trivia question.
Posted by Booksteve at 12:19 AM